At 5:00 a.m. in the summer of 2015, during the height of California’s strawberry harvesting season, union activists entered Cedar Point Nursery’s property under the authority granted by a California regulation that allows union organizers to enter the property of agriculture businesses for three hours at a time, 120 days per year, to recruit potential new members..  The organizers entered the trim sheds with bullhorns in hand, distracting and intimidating hundreds of Cedar Point employees who were in the midst of preparing young strawberry plants for shipment.

For three consecutive days during the same summer, the organizers also attempted to enter the property of Fowler Packing Company, a family-owned grower and shipper of fresh produce.  Fowler denied access and was charged with violating the access regulation.

In response to the disruption of their businesses, Cedar Point and Fowler challenged California’s antiquated regulation as violating the Constitution’s Fifth Amendment, which bars the government from taking private property without compensation.  The case—Cedar Point Nursery v. Hassid—involves the fundamental question whether the government must pay a property owner when it takes a temporary easement on private property to facilitate union organizing activities.  A 2-1 panel of the Ninth Circuit Court of Appeals held that allowing union organizers access to agricultural employees on employers’ private property is governed by multi-factor regulatory takings standards and is not a per se categorical taking. 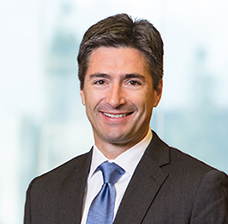