Will The Supreme Court Loosen The Reins On Regulatory Takings Claims?

It is an understatement to say that pursuing a claim against the government for a Fifth Amendment regulatory taking is difficult. The United States Supreme Court has described such claims as presenting “an especially steep uphill battle” for the claimant. Two of these obstacles appear at the threshold – gaining access to federal court and identifying the relevant parcel to be used in the takings equation. Based on two recent petitions for certiorari, one granted and the other under review, the Supreme Court may be revisiting those obstacles in the near future.

Identifying the proper “denominator” parcel in the takings fraction is important. Regulatory takings jurisprudence focuses on the economic impact of the challenged regulation on the claimant and whether an economically viable use is left after the regulation is applied. It follows that the larger the relevant “parcel,” the greater opportunity for there to be a remaining viable use.

Take the Murr case as an example. The Murr family owns two contiguous parcels of land on the shores of Lake St. Croix, a popular resort area in Wisconsin. On Parcel F the family built a cabin for recreational and summer use. Adjacent Parcel E was thereafter created by subdivision and left undeveloped for future sale or, perhaps, construction of another cabin. However, later enacted zoning regulations effectively precluded development of Parcel E because it did not conform to minimum developable lot size standards. If a different party owned Parcel E, development would have been permitted under a grandfather clause in the later-enacted regulations. But the grandfather exception did not apply when the contiguous parcel was commonly owned, as was the case for the Murrs. The Murrs sued, alleging a regulatory taking of undeveloped Parcel E. Since adjacent Parcel F was developed, the question of whether the relevant parcel was Parcel E, Parcel F, or both, was significant. The Murrs lost in the Wisconsin court, because the court viewed Parcels E and F, together, as the “parcel as a whole” for its takings analysis, and concluded that the parcel so defined retained a beneficial and practical use as a residential lot.

State and federal courts are in substantial conflict with respect to defining the relevant parcel for takings analysis. Some – such as the Wisconsin court – focus on contiguity of the parcels and common ownership, holding that in that situation, the appropriate focus is on the combined parcels “as a whole.” Other courts, such as the Massachusetts Supreme Court, have established a rebuttable presumption that commonly owned contiguous property should be viewed as a whole for purposes of a takings analysis, based on the “common sense . . . that a person owns neighboring parcels of land in order to treat them as one unit of property.” Other courts do not reach the same common sense conclusion. For example, Florida courts employ a presumption that separately divided and vacant lots should be treated separately for takings analysis, just as they are for all other purposes. Why, the logic goes, should the government be permitted to view subdivided parcels as separate for every purpose other than a regulatory taking, especially when the government itself controls the subdivision process. Similarly, some federal courts apply a presumption of aggregation of contiguous parcels under common ownership, while others don’t. The Murr case will provide an opportunity for the Supreme Court to identify the correct approach.

This exhaustion requirement runs headlong into the doctrine of claim preclusion and the Full Faith and Credit Clause. That is, when a matter is litigated to conclusion in state court, preclusive effect arises as to all matters that actually were, or that could have been, litigated in state court, and this preclusive effect must be given full faith and credit by the federal court. Because takings questions based on state court and federal constitutional requirements are often closely related, this has meant, in practice, that a party who litigates his or her claim to conclusion in state court often loses the ability to litigate in federal court, because of application of issue preclusion. Taking advantage of this conundrum, government defendants have on occasion removed a state court takings claim before it has been adjudicated to the federal court based on “federal question” jurisdiction, only to then seek dismissal because the claim is not ripe.

Moreover, there is uneven treatment and application of the rule in different circuits, with some courts treating it as a strict jurisdictional rule and others as a flexible prudential rule. For example, the First, Eighth and Eleventh Circuits apply the rule as a strict jurisdictional barrier – i.e., absent state court exhaustion, a federal court has no subject matter jurisdiction to proceed. The Fourth, Fifth, Sixth and Ninth Circuits view the requirement as being prudential rather than jurisdictional, in other words, they may determine that in some instances the rule should not apply. Courts that have adopted the prudential view are in further conflict about whether the rule can be waived, for example, if the government defendant removes a case to federal court. The law in the remaining circuits is unclear and confused, with inconsistent application of the rule in a prudential and jurisdictional manner.

In sum, the state court exhaustion rule results in a confusing Catch-22 for plaintiffs seeking to pursue takings claims, with no clear guidance as to how or when to access federal courts successfully. If the Supreme Court accepts review of this case, it will have an opportunity to clarify another murky area of takings jurisprudence.

However, the recent death of Justice Scalia, a property rights advocate on the Court, may temper expectations that the Court is poised to smooth the way for regulatory takings claimants. Justice Scalia authored and joined a series of decisions strengthening protections for property rights under the Fifth Amendment, and his absence may portend a status quo, rather than imminent change in this area. 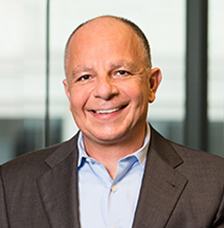